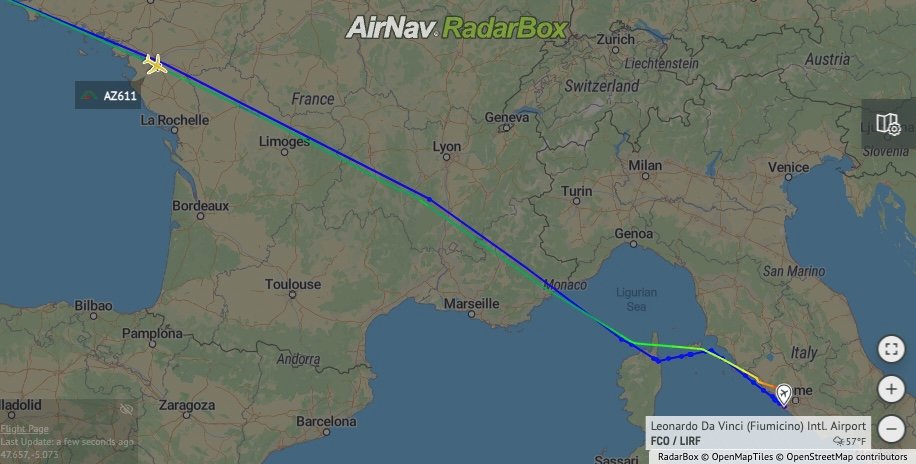 A pilot triggered a terrorist alert over French airspace after falling asleep in the cockpit of a passenger jet for 10 minutes, it has emerged.

The co-pilot was also sleeping, but was taking an authorised nap within the context of a “controlled rest” period. The captain of the jet was the only one at fault, having fallen asleep accidentally during this time.

The Italian pilot and co-pilot were flying an ITA Airways Airbus A330 flight from New York to Rome on April 30 when the incident occurred, leading the plane to remain silent for 10 minutes while flying over French airspace.

This sparked concern with the French authorities, who warned Italian authorities that the Airbus A330 could be hostage to terrorist hijackers.

French authorities scrambled two fighter jets to intercept the Airbus A330 and check that it was not subject to a hostage situation.

Italian authorities then contacted ITA Airways’ central command centre, which also tried to contact the pilots, firstly through a satellite phone and then through ACARS messages. After 10 minutes, the communication finally got through.

ITA Airways has reported that both the captain and the co-pilot were both asleep for a short time, although only the captain fell asleep accidentally.

The captain has now been fired for committing “a grave error”. He denies having fallen asleep and instead said that the silence was due to problems with the communication system.

Davide D’Amico, ITA Airways spokesperson, said that the plane’s passengers were never in danger at any point as the plane’s automatic pilot system was in place. The plane never diverted from its planned flight route during the entire incident.