JIT: Flight MH17 was shot down by a BUK missile from a farmland near Pervomaiskyi

The Joint Investigation Team (JIT) is convinced of having obtained irrefutable evidence to establish that on 17 July 2014, flight MH-17 was shot down by a BUK missile from the 9M38-series. According to the JIT there is also evidence identifying the launch location that involves an agricultural field near Pervomaiskyi  which, at the time, was controlled by pro-Russian fighters. This was announced today by the JIT during a presentation for the relatives of the victims. Members of the JIT, Australia, Belgium, Malaysia, the Netherlands and Ukraine, are working together on the criminal investigation into the crash of flight MH17.

On 28 September 2016, the interim results of the criminal investigation which included the findings regarding the weapon and launch location were presented. The investigation into those responsible for the crash will take more time.

Further information about the witness call for the international criminal investigation into the crash of flight MH17.

Today, the interim results of the criminal investigation which included the findings regarding the weapon and launch location were presented. The investigation into those responsible for the crash will take more time.

All forensic examinations, witness statements, telecom information, satellite images, radar data, findings by experts and other supporting evidence point to an attack by a ground based air defence system. In addition, the JIT has also investigated other alternative scenarios.

Of these alternative scenarios, an accident and evidence for a terrorist attack from inside the aircraft have been ruled out. Results from the forensic investigation support the scenario of an attack from outside the aircraft. The scenario that flight MH17 was shot down by a military aircraft was explored and discounted on the basis of radar data, witness testimonies and forensic research. The JIT has obtained sufficient radar data, both from Russia and Ukraine, which – when viewed in conjunction – provide a full picture of the airspace over eastern Ukraine. This shows that at the time of the crash, no other airplanes were in the vicinity that could have shot down flight MH17.

The investigation demonstrated that flight MH17 was shot down by a 9M38 series BUK missile. Investigators have compared parts of the alleged weapon which were found at the crash site with reference material. This involved the dismantling of various types of BUK missiles from the 9M38 series and comparing this reference material with the metal parts recovered from the crash site.

The investigation team had to establish a link between the parts found and the downing of flight MH17. It had to be proven that the parts had not been in the area prior to the crash, and that they had not been placed there by third parties after the crash. The crash site was not fenced off for the purpose of forensic examination. It was clear that persons other than the investigators had access to the crash site.

Two examples of the link were presented:

Transport of the missile installation

The JIT has been able to identify a large part of the route concerning the arrival and the departure of the BUK-TELAR. This was the result of intercepted telephone conversations, witness statements, photographs and videos that had been posted on social media, and a video never shown before which was obtained from a witness. The system was transported from Russian territory into eastern Ukraine and was later transported on a white Volvo truck with a low-boy trailer. The truck was escorted by several other vehicles and by armed men in uniform.

The final destination of the BUK-system was on farmland near Pervomaiskyi. Evidence that supports this includes multiple witnesses who saw and photographed the condensation trail of the BUK missile and its movement through the air. Other witnesses were able to link the trail to the BUK-TELAR which they had seen earlier on 17 July 2014.

Witnesses were interviewed who had seen a plume of smoke, the BUK-TELAR at the launch site in Pervomaiskyi, and the missile right after it had been launched.

Journalists have spoken to witnesses who had seen the launch of the missile at a very short distance from the launch location. These witnesses testified that they heard a very loud noise and a high whistling sound.

After the BUK missile had been fired, the BUK-TELAR initially drove off under its own power. A short time later it was reloaded onto the Volvo truck and transported back to the Russian border. During the night, the convoy crossed the border into the territory of the Russian Federation.

Animation 3: regarding the transport route and the launch site

Now that we have established what happened, the investigation now focuses on the perpetrators. This will be a matter for the long haul. So far, the JIT has identified approximately 100 people who can be linked to the downing of MH17 or the transport of the BUK-TELAR. The JIT has been investigating these people through various sources, such as intercepted telephone conversations and witness statements.

In addition, an investigation is conducted into the chain of command. Who gave the order to bring the BUK-TELAR into Ukraine and who gave the order to shoot down flight MH17? Did the crew decide for themselves or did they execute a command from their superiors? This is important when determining the offences committed by the alleged perpetrators.

The JIT wishes to emphasise that it continues to seek additional information and evidence, including information from insider witnesses. Ukrainian law provides for lower sentences, and in certain circumstances relief from criminal liability, for those who cooperate with the investigation.

Furthermore, the website www.jitmh17.com now includes a number of intercepted telephone conversations. The JIT is now asking for information about certain people who participated in these conversations. People who can identify these voices are requested to report this to the JIT.

The JIT will be actively involved in the investigation in the coming period and for that reason the JIT agreement was extended yesterday, until 1 January 2018. 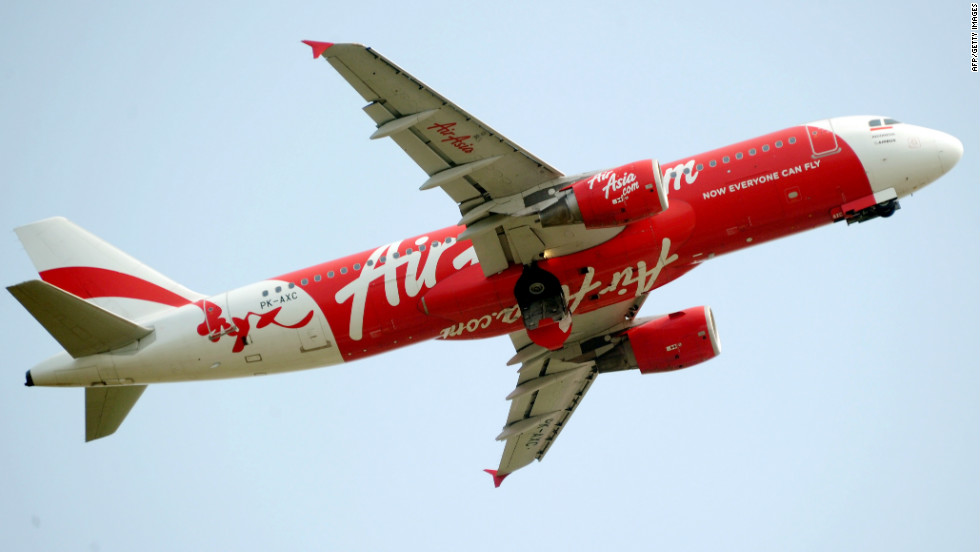 The AirAsia crew didn’t notice the error until after the plane became airborne, an Australian report says.

A flight to Malaysia from Sydney was diverted to Melbourne after its pilot entered incorrect coordinates of the plane’s starting position, an Australian aviation investigation report has found.

Carrying 212 passengers, the AirAsia flight bound for Kuala Lumpur on March 10, 2015, was flying in the wrong direction after takeoff from Sydney, because the pilot had manually entered the wrong coordinates of the plane’s position into the flight’s onboard navigation systems.
It was the first of several errors the flight crew made that day, according to the report (PDF) the Australian Transport Safety Bureau published Wednesday.
Faulty earmuffs prompted the captain and the first officer to swap their preflight duties. The captain usually conducts an external inspection, while the first officer remains in the cockpit to complete preparation procedures.
When manually entering the coordinates of the plane’s position, the pilot incorrectly entered the longitude from a sign outside the cockpit window as 01519.8 east (15 degrees 19.8 minutes east) instead of 15109.8 east (151 degrees 9.8 minutes east), the report said.
“This resulted in a positional error in excess of 11,000 kilometers (6,835 miles), which adversely affected the aircraft’s navigation systems and some alerting systems,” the report said.
The crew had “a number of opportunities to identify and correct the error,” the report said, but didn’t notice the problem until after the plane became airborne and started tracking in the wrong direction. Several message alerts and sounds suggested the error before takeoff, but the crew ignored them, according to the report.
Once the captain and the first officer realized the mistake, they tried to fix the system. But it was too late.
“Attempts to troubleshoot and rectify the problem resulted in further degradation of the navigation system, as well as to the aircraft’s flight guidance and flight control system,” the report said.
As systems failed further, the crew asked to return to Sydney and conduct a landing without the use of navigation systems. However, weather conditions in Sydney forced the plane to land in Melbourne instead.
The plane spent three hours on the ground in Melbourne before eventually departing for the Malaysian capital.
In a statement obtained by CNN, AirAsia X said all aircraft have been equipped with upgraded flight management systems since the incident.
“AirAsia X would like to stress that we have in place robust management systems to monitor and prevent similar incidents from reoccurring,” a representative said.
“We also wish to reiterate that we have regularly passed safety and security audits conducted by various international regulators. … We remain committed to ensuring our compliance to all safety and security regulations.”
Source: By Bianca Britton, for CNN on 7 September 2016