Pilots of AF11 had a serious issue with commands on final approach to Paris.

The crew of AF11 from New York JFK to Paris CDG had to deal a serious issue at very low altitude this morning Tuesday 5 March 2022.

The Boeing 777 (reg. F-GSQJ) was on approach to runway 26L when the crew reported an issue.

The plane didn’t respond to the commands and started to deviate to its left. Pilots could not talk to the ATC as they were dealing with the issue. We can hear them fighting with the commands in the following video. 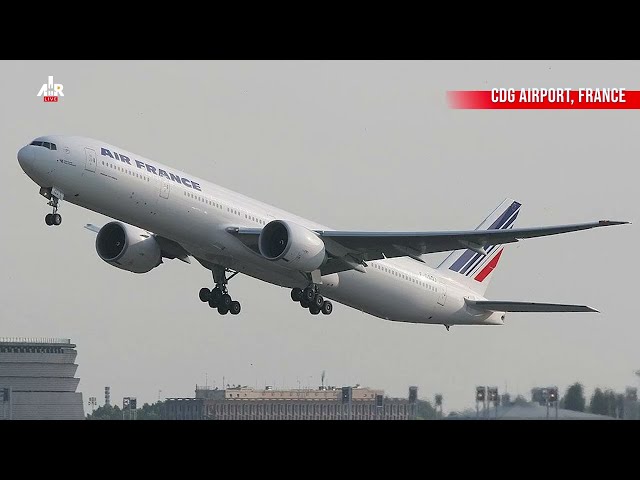 They finally managed to go around at only 1,200 ft then hold 4,000ft and returned to Paris CDG for a safe landing on runway 27R.

Thousands of Russians scramble to leave Thailand as sanctions hit

More than 5,000 Russian tourists have found themselves stranded in Thailand, as international sanctions following the war in Ukraine hit worried holidaymakers.

Thousands of Russian tourists in Thailand are struggling to find a route home, officials said Sunday, as international sanctions imposed over the war in Ukraine hit holidaymakers.

Russians tourists have been among the largest group of visitors to return to Thailand’s beachside resorts since pandemic restrictions eased, but many now find themselves without a return ticket.

Chattan Kunjara Na Ayudhya, the deputy governor of the Tourism Authority of Thailand (TAT), said 3,100 Russians were stuck in Phuket, while just over 2,000 were in Samui, and smaller numbers were in Krabi, Phangnga and Bangkok.

The agency was working on helping those who wanted to return home, he said, including “discussion on return flights which could be regular or special flights”.

“We are very nervous because the children are very small, we don’t have enough money to live here,” said the 41-year-old psychologist who arrived from Moscow with her husband and children — aged seven, four and two — on Feb 27.

“We want to go tomorrow to the airport, but I don’t know what the situation will be,” she said from Phuket, adding that they were supposed to fly home March 28.

She said while some people had their tickets replaced others — including her family — had not been so lucky.

“They say that they cannot do it and put the phone off,” she said.

While Thailand has not banned Russian flights, international airspace restrictions have seen some firms — such as Russia’s flagship Aeroflot — cancelling services, leaving tourists to seek alternative routes, such as through the Middle East with different carriers.

Many tourists have also been hit by Visa and Mastercard suspending operations.

“We have seen instances of difficulty in card payments by Russians in Phuket due to how Mastercard and Visa have suspended services in Russia,” said Bhummikitti Ruktaengam, president of the Phuket Tourist Association.

He said officials were considering adopting the Mir system — a Russian electronic fund transfer structure — as well as digital currencies.

Local communities across Thailand were also stepping in.

“We will pay for water, electric, everything for them,” said Archimandrite Oleg, representative of the Orthodox Church in Thailand, who said they were helping at least one family with four children stranded in Koh Samui.

Pandemic travel curbs have hammered the kingdom’s tourism-dominated economy, but 2022 saw a surge of visitors as restrictions eased.

Around 23,000 Russians travelled to Thailand in January this year, according to the TAT.

Tourists from Russia previously accounted for the seventh-largest share of visitors to the kingdom, with around 1.5 million travelling to Thailand in 2019.

While Bangkok has backed a United Nations resolution calling for the withdrawal of Russian troops from Ukraine, it has stopped short of imposing sanctions.